India has an estimated 2.5 million people living with HIV especially concentrated in the states of Andhra Pradesh, Tamil Nadu, Maharashtra, Manipur, Nagaland and Karnataka. The causes are many and often overlap with each other; the main modes of transmission are known to be through sex work, migrant workers, truck drivers, injecting drug use, same sex intercourse. Prevention is complicated particularly in rural areas where the level of education is extremely low. (source and for more information: www.unaids.org )
Women are likely to contract the virus from their husbands and to pass it onto their children. Usually if the man dies first, the wife is considered responsible for the transmission of the disease and is thrown out of the house with her children, with no where to go. The stigma against infected people is very strong, there is a high number of people that would not undertake tests or speak about their disease out of fear of being excluded from the community. The Konkan coast has a rising number of HVI positive and AIDS infected people. Interlock has decided to build accommodation for those families who do not have a place to stay and for the children that are orphans. To give an idea of theextent of the problem, there are an estimated 25 million orphans in India as the result of AIDS. (source: www.aidsalliance.org )
In Shanti Van foundations have been laid for accommodations for children and their mums, construction of the houses will start as soon as the dry season starts. Our aim is to keep families together as long as their heath allows it and we want to relieve mothers from the terrible worry of not knowing what will be of their child should they pass away. Interlock will offer food, education and health care including access to anti-retroviral drugs. We will also offer mothers an occupation in the complex at Shanti Van, in an effort to fight the stigma and to give them back their dignity. Financial support will be provided from the income generated from the ethical tourism program, i.e. the guest house /hotel.
Mr McKee with some children victims of HIV/Aids at the new Social Science Centre Ahmednagar 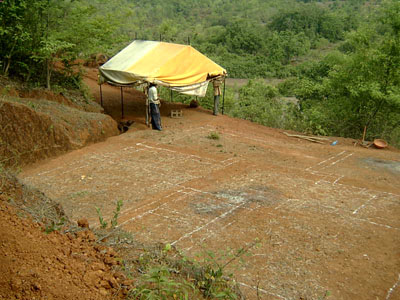 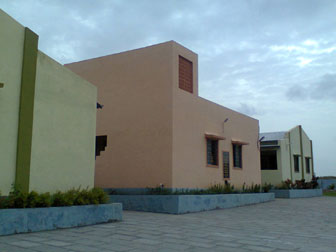 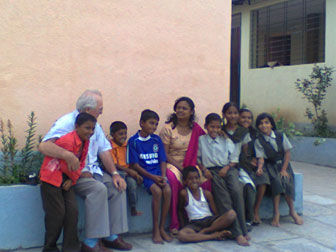 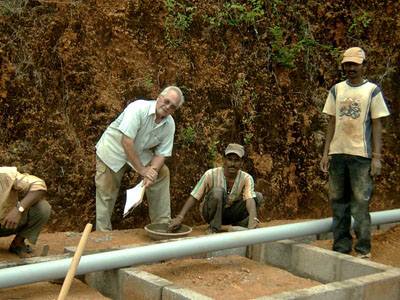 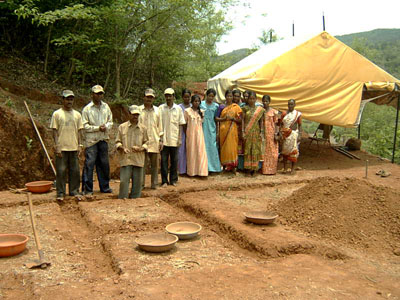 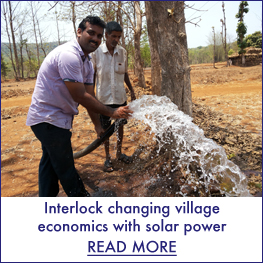